Savannah, GA - On Monday, June 10, Savannah, Georgia, said goodbye to one of her most inspirational and influential residents -- Ben Tucker. A legendary jazz bassist, Ben Tucker played with countless greats, such as Billy Taylor, Quincy Jones, Grant Green, Dexter Gordon, Hank Crawford and Herbie Mann. He also composed 300 original songs, the most famous being "Coming Home, Baby." For the last four decades he has called savannah home, and Savannah is grateful for not only his musical influence, but more importantly, his leadership, vision, philanthropy and perpetual smile.

Among the vast citizens of Savannah so blessed by Ben Tucker are Jeremy Davis and Clay Johnson, originally from Louisiana, the birthplace of jazz. Desiring to pay their utmost respects to Ben Tucker, and his surviving widow and family, they volunteered to coordinate a traditional New Orleans-styled dirge and second line to lead the mourners out of the Lutheran Church of the Ascension and to Ellis square to continue the memorial. And the family said "yes."

"I count myself as truly blessed to have known Ben Tucker," says band leader and tenor sax player Jeremy Davis. Singer and trombone player Clay Johnson echoes his sentiments, "We are humbled and honored to be a part of Ben Tucker's memorial."

Jeremy and Clay hope to continue to inspire positive change through their music, just as Ben Tucker touched their lives for the better. 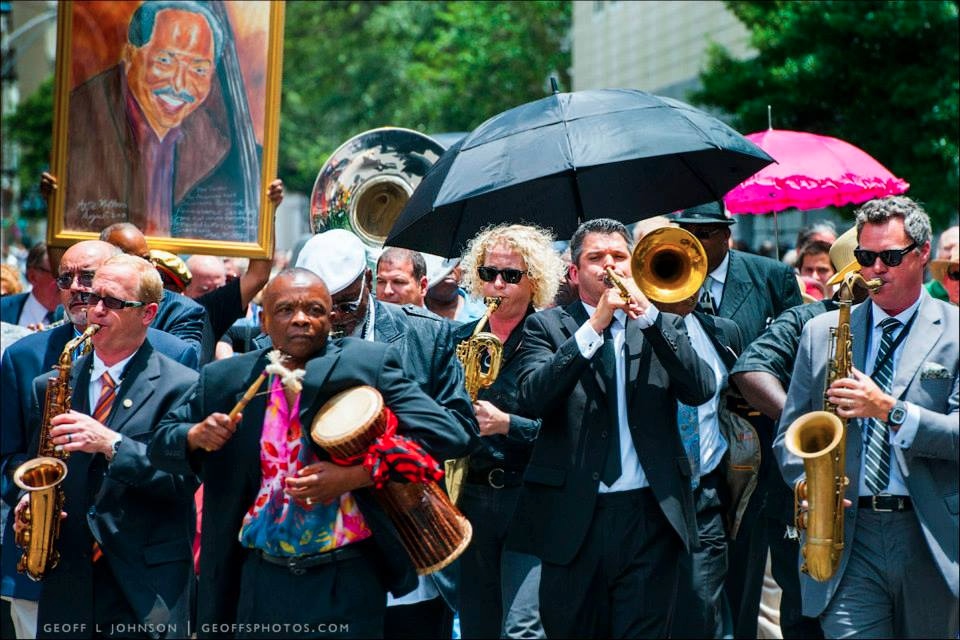 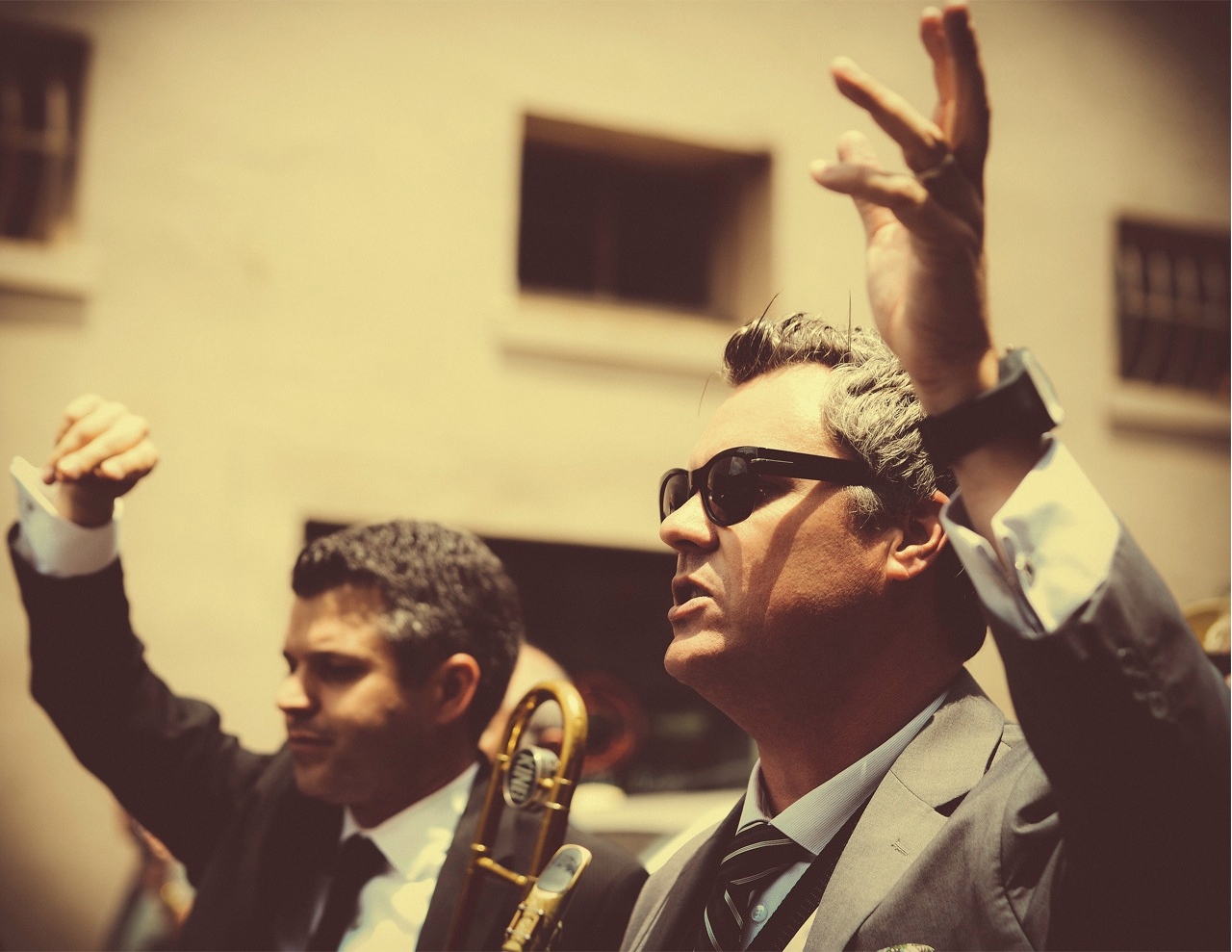 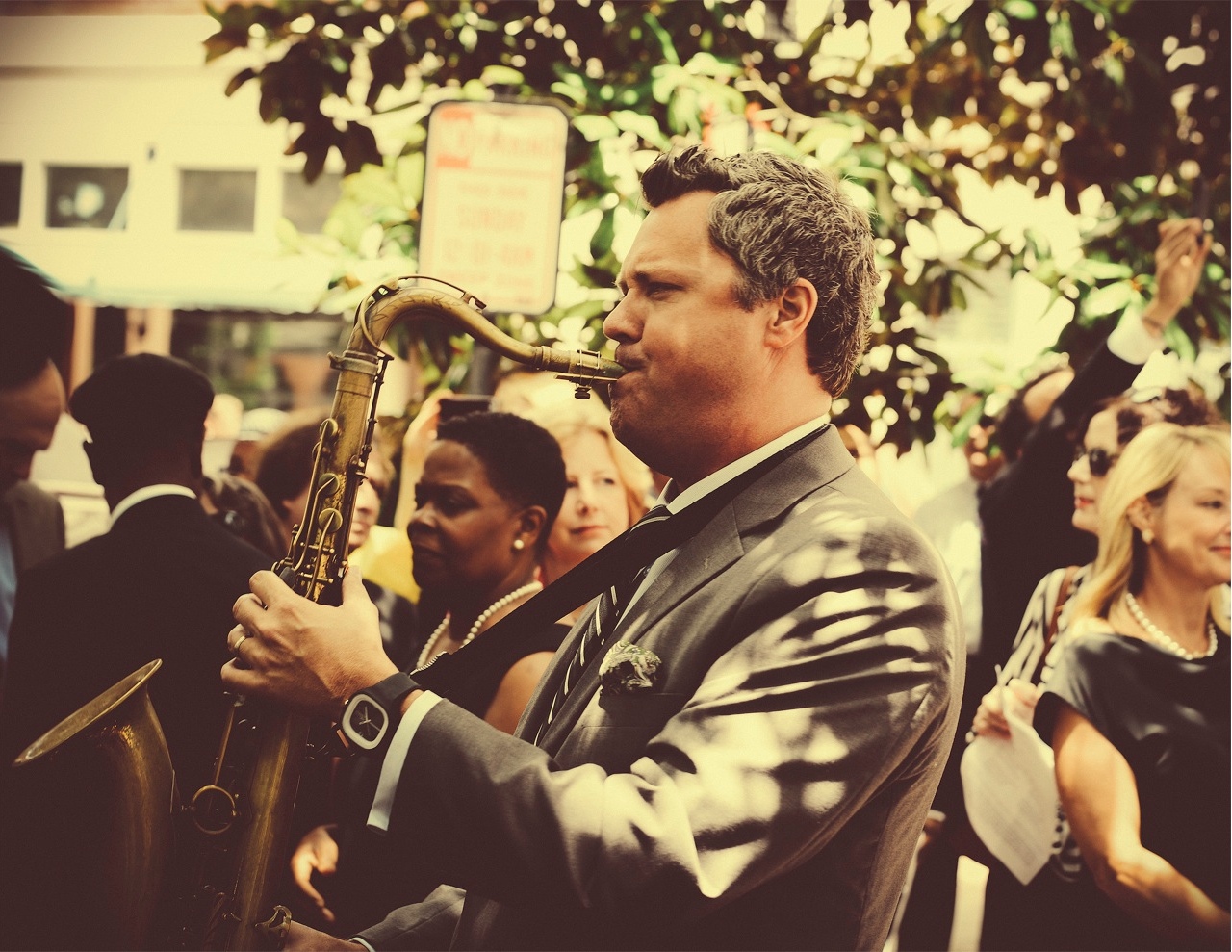 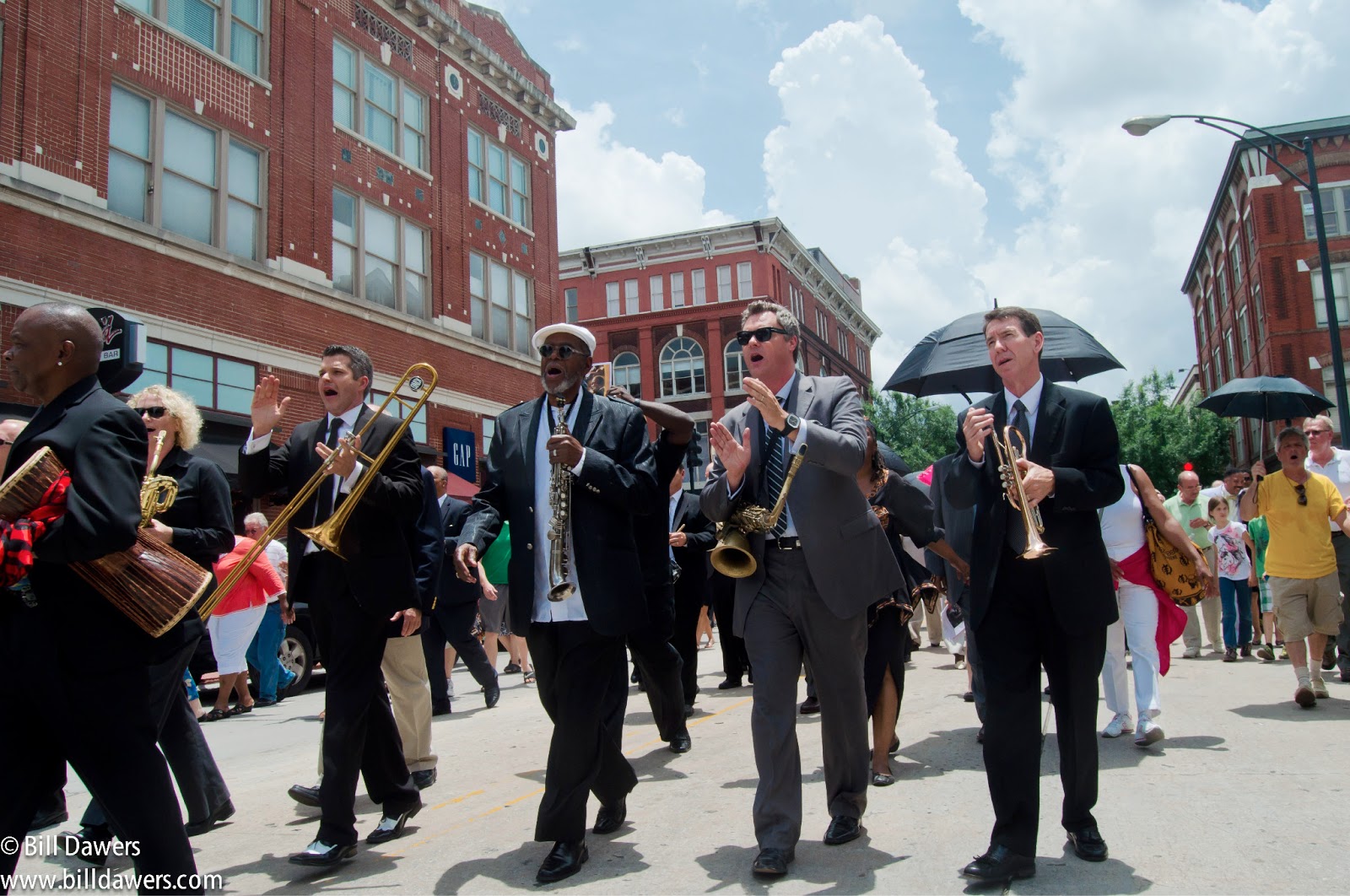 Posted by Jeremy Davis at 4:24 PM No comments:

As of last month the new CD "Great American Swagger" by Jeremy Davis and the Fabulous Equinox Orchestra has been submitted for Grammy consideration in the following categories: 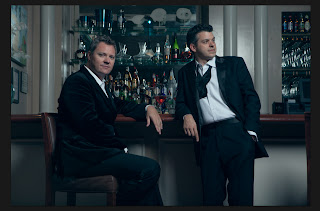 Posted by Jeremy Davis at 12:59 PM No comments:

Week in Los Angeles ending with a show in Charleton

What a week it has been for the Equinox crew.  First off, we just returned from an action packed week in Los Angeles!  Boy did we have a time in the big city.  We ran in to Randy Jackson from American Idol fame as well as Rick Caruso the owner of the such star-studded properties as The Grove, American At Brand and the soon to open LINQ in Las Vegas.  Randy and Rick where both super kind and generous with there time.  It seems that there is a pretty good chance of a big show this summer back at The Grove!  Stay tuned for details. While in L.A., Clay and I received free tickets to watch a taping of Jimmy Kimmel Live.  It was fantastic to see how those shows operate behind the scenes.  Moments before Jimmy Kimmel came out to start the live taping, the warm-up guy was whipping the crowd into a frenzy.  After exchanging some dialog with several audience members, he asked if anyone was from some place interesting.  Clay and I yelled “Savannah, GA”.  He took notice and gave his attention to our area of the small studio theater.  In the next instant Clay was ON STAGE SINGING WITH THE JIMMY KIMMEL BAND!  Knowing we were from Georgia the band just started playing “Georgia”.  Clay outdid himself.  The crowd was roaring with support.  It was a moment that neither of us will soon forget!  What a blessing that was.  Unfortunately it happen just moments before the show went live across America and the world!

We just had our 3rd annual show at the Daniel Island Community in Charleston.  It was a huge success.  A few of our regulars made the trip up from Charleston and said it was one of the best shows ever.  Here's one in her own words: "Dear Jeremy, Every performance of the band I have attended has been excellent, but last night in Smythe Park on Daniel's Island, you were exceptional, and outdid yourselves.  Each member played to their best, Adam was in rare form, but you and Clay had so much energy and zeal. Your renditions of Sinatra and Mercer always have a special appeal for me.  Yet, as you extended your repertoire to include James Taylor, Johnny Cash, and Elvis, I did not realize how enjoyable their songs could be.  It was easy to tell you and the band were having as good a time as your audience.  What a great night.  You always give your all for the audience to have an enjoyable, elated experience.  Thank you again for sharing yourself and your music.”  We have some awesome fans out there.  We really appreciate all the love and support. The Daniel Island community is such a hip place.  Hope to be back there again soon.  Stay tuned for more big announcements this week.

Posted by Jeremy Davis at 3:12 PM No comments:

How doesn't love Elvis!  The audience seemed to enjoy this one.
Posted by Jeremy Davis at 1:13 PM No comments:

Aint that a Kick In the Head!  Good live recording from earlier this year.
Posted by Jeremy Davis at 1:12 PM No comments:

This was a fun bit.  James Bond folks!

Posted by Jeremy Davis at 1:11 PM No comments:

Review of the new CD

Something Else Reviews just did a piece on the new record.  Check it out!

http://somethingelsereviews.com/2012/02/21/jeremy-davis-and-the-fabulous-equinox-orchestra-great-american-swagger-2011/
Posted by Jeremy Davis at 8:49 PM No comments: